eSports have now joined the big leagues. If you thought that it was only the thrilling action of Formula 1, major league football, or IPL cricket that was enough to pack huge stadiums to the brim with chanting fans, well you thought wrong.

Imagine massive arenas, featuring some of the best video game players in the world set on a stage to face off against other world-class gamers, against a backdrop of enormous concert-size screens. The atmosphere is pretty darn electric.

According to Forbes, the eSports industry is worth a whopping $1.1 billion. So, if you’re not getting a piece of that pie through online eSports betting on popular competitions like CS GO, it’s safe to say that you’re missing out big time.

But what exactly is it? And, how does CS GO betting work? This guide explores everything you need to know about it. 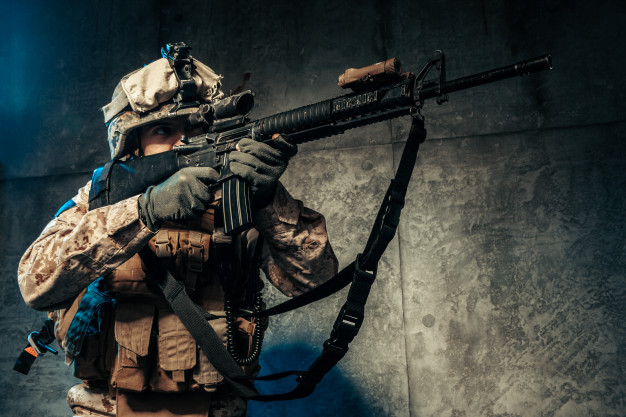 CS: GO, which stands for Counter Strike: Global Offensive, is a sensational online first-person-point-of-view multiplayer video game. If you know a little about the world of virtual gaming, then you know that CS: GO has been around for quite a while. Despite this, the thrill and action of the game never die. It just keeps getting better. Here’s how it works.

Two teams of five go head-to-head in an online competition. Each player in the game assumes the role of a specific virtual character to accomplish set objectives. One side of the two participating teams is the terrorist side which is on the offense, while the other side is the counter-terrorist side which is the defense.

The terrorist’s team mission is quite simple. They either have to kill off every member of the opposing counter-terrorists within the prescribed time limit of 1 minute and 55 seconds. The other alternative is planting bomb. This option has a 45-minute window before the bomb goes off once the countdown is complete.

On the flip side, the goal of the counter-terrorist team is to successfully defuse the bomb before it kills everyone and obliterates everything on site. The other option they have is to kill every single member of the five-person enemy team within the 1-minute 55-second time limit.

The team that manages to out-maneuver their opponent wins the round and there are a total of 30 rounds in the game. For the counter-terrorist or terrorist team to be crowned victor, they have to win 16 rounds of the competition. Both teams always switch sides once they complete 15 rounds. This means that the counter-terrorists now assume the role of the terrorists and vice-versa.

Now that you understand how the game is played and won, you also need to know how to read CS: GO bets. This is an important step in determining which bets give you the best value and how much money to wager based on the returns you want to get.

Most Indian betting sites display odds in one of three formats, i.e. fractional, decimal, and American formats. Odds tell you how much profit you’ll get back based on the amount of money you wager.

They also give you information on the probability of the sporting outcome they are attached to. However, this shouldn’t be the sole indicator of evaluating whether or not the team you back is likely to win or lose. You should use it alongside your judging criteria.

In some cases, betting on a team perceived as the underdog can end up being quite profitable if the team winds up on top. So do your homework beforehand to determine whether the CS GO team you’re backing is the right choice despite the implied probabilities given by the bookmakers.

CS: GO betting provides three different ways to win on bets. Each of them comes with different sets of odds attached. So it is important to keep a couple of things in mind when choosing which one to go with.

Participating teams in CS: GO usually go head-to-head in several specific maps. Various professional-level teams have varying degrees of success on different maps. Bettors, therefore, have to identify each team’s strong suit to determine how the different teams are likely to fare against one another in different territories.

It is always a great idea to use helpful online resources to look up each team’s stats based on their performance on different maps. That way you can bet in prematch markets based on your desired outcomes.

Professional-level CS: GO gaming tournaments usually have seven different maps in the active pool. Most of the time, the map to be used is decided right before the game begins although in some cases, players may be privy to this information way beforehand.

More often than not, the tournament will adopt a best-of-one, best-of-three, or best-of-five format, although the latter is very rare. Chances are usually pretty high that at least one of the maps chosen to play in a series may just end up being the one that both teams feel confident on.

This is usually the one leftover in the Ban and Pick phase of the match. In such instances, it may be difficult to determine which of the two teams is likely to give you a better return on your series winner bet.

One foolproof betting strategy that you can apply is to do your homework to determine the current ranking of all the world’s top teams and see how they performed in past results or events. This is important information to have to establish a team’s current form relative to its opponent. That way you know which of the two teams has an edge over their opponent in each phase of your series bets.

To increase your chances of winning a future bet, start by checking out the team’s world ranking, as well as, their most recent performance. This will give you a pretty good idea of the top teams that are likely to emerge the victors.

Also, consider the format that the tournament has adopted. Some use the same ones while others completely make up their own from scratch. The Blast Pro Series format is a prime example of this. A quick Google search of the tournament name should provide an outline of the format.

If it turns out to be similar, then predicting the outright winner of an upcoming championship tournament based on past results is as close as you can get to a sure-thing.

As a parting shot here are a few CS GO betting tips to keep in mind when wagering on prematch and in-play betting markets.

If you’re completely new to CS GO betting, go online and watch a game or two through live streaming to better understand the ins and outs of it. Use the information provided in this guide to start betting on this exciting eSport. Check it out now!