The outbreak of COVID-19, which as of May 31, 2020, has led to more than 371,000 deaths globally, has caused the cancellation of all major sporting events that were on the calendar. Cricket hasn’t been spared either. England had a two-match test series scheduled that was to take place in Sri Lanka. This was pushed to January 2021.

League A of the men’s cricket World Cup that was scheduled to start on March 16, was postponed as well. The Indian Premier League T20 championship tournament that was to begin on March 29 was pushed to April 15, before once again getting postponed indefinitely.

As the number of coronavirus cases worldwide surges past the 6-million mark, the sporting world has been left in suspense. It is hard to tell when a state of normalcy will resume for the IPL canceled leagues. As several countries work tirelessly to flatten the curve of new infections, several questions in the cricket world remain unanswered.

Will IPL 2020 be played? If so, what’s the schedule? Which Indian bookies offer IPL 2020 betting? This guide explores the answers to both these questions in depth. 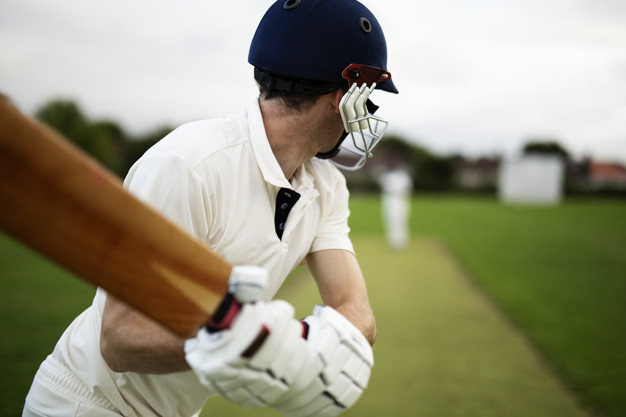 Whether or not the league will take place largely depends on the current COVID-19 situation. The opening match between Chennai Super Kings and Mumbai Indians was supposed to take place on March 29, 2020, but that was postponed. The ICC was scheduled to have an important meeting to chart the way forward taking into account the interests of all stakeholders.

With that World Cup scenario, the door appears open for the Indian Premier League to take place in October 2020. Once again, this all depends on whether or not the coronavirus pandemic, particularly in India, will have blown over or, at the very least, improved by then.

The Board of Control for Cricket in India (BCCI) will announce the way forward in July taking into account that the monsoon season will also be fast-approaching during the same period. On the off chance that the existing schedule is allowed to proceed as it is it means that the IPL will clash with the T20 World Cup.

As a result, cricket star players will find themselves between a rock and hard place given the pre-existing contracts they signed with the respective teams participating in both tournaments.

So if, for instance, a bowler has a contract with the Sunrisers Hyderabad – a team playing in the IPL, and one with Australia’s Men’s National Cricket team, they have to get clearance from one of the teams to allow them to participate in one of the tournaments.

The October 2020 Premier League schedule will likely be announced in July, so until then, everyone has to wait and see how the COVID-19 situation will unfold in the coming months.

Since the league first began in 2008 a total of six teams have been crowned champions IPL at least once. One of the most popular bets you’ll find in many top-rated online IPL betting sites like Parimatch are predictions on the outright winner of the entire league.

Most of them already have IPL odds on this cricket betting market and are even allowing punters to place a bet on it. Here’s a list of the top five teams favored to win the 2020 IPL and their chances of winning based on the IPL odds listed on most of the top betting sites.

This is by far the most successful team in the history of the Indian Premier League having secured four titles since its inception more than a decade ago. They won in 2013, 2015, 2017, and most recently, in 2019 when they beat the Chennai Super Kings by one run.

The fact that they also invested in six new star players in the 2020 auction including Nathan Coulter-Nile – a world-famous fast bowler, is a major sign that they are gearing up for yet another victory in the current year. Mumbai Indians is certainly a top contender for outright winner according to several online cricket betting odds.

This is the second most favored team to win the Indian Premier League 2020 having secured a place in the 2018 Grand Final and only losing by eight wickets to Chennai Super Kings. They won their first IPL in 2016, only three years after they first joined the league back in 2013.

They appear ready to clinch the title this year after investing in seven new players in the 2020 auction. They have also gone ahead to retain their star players like Sanjay Yadav, Kane Williamson, and David Warner.

CSK had an outstanding performance in the 2019 tournament and has a great track record when it comes to reaching the playoffs in every season they’ve participated in so far. They’ve won three IPL titles so far in 2010, 2011, and then in 2018 after coming out of a two-year ban.

From the looks of things, they’re determined to go after the 2020 title after losing the chance to be crowned victor by one run to the Mumbai Indians in the 2019 IPL. They are a team to watch in the upcoming league later in the year once the coronavirus pandemic blows over and the matches resume.

Right now, all eyes are on the ICC. If the 2020 T20 Cricket World Cup is pushed back – which will likely be the case – then the BCCI will be looking at the October/November window later this year to hold the Indian Premier League. Until then, you can still bet on the outright winner of the league to back your favorite team to secure a victory. All the best!